IDI held the second of its book club series on March 23rd, 2017 at Toronto Public Library, Don Mills Branch. Let’s share ideas over a cup of coffee and cake.

Our second book is: “We Were Not the Savages” by Daniel N. Paul.

You can find more information about the book below. 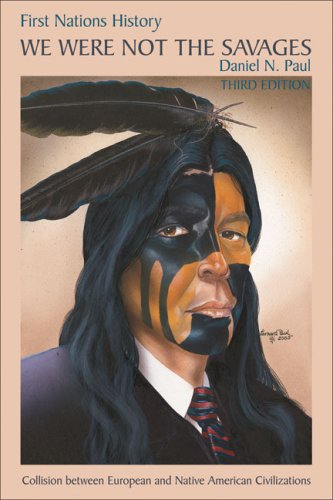 We Were Not the Savages, Third Edition

We Were Not the Savages is a history of the near demise, from a Mi’kmaq perspective, of ancient democratic North American First Nations, caused by the European invasion of the Americas, with special focus on the Mi’kmaq. Although other European Nations, Spain for instance, were in on the slaughter this history relates in detail the actions of only one, Great Britain.

In Great Britain’s case it isn’t hard to prove culpability because British colonial officials, while representing the Crown, recorded in minute detail the horrors they committed. When reading the records left behind by these individuals one gets the impression that they were proud of the barbarous crimes against humanity that they were committing while they were, using brute force, appropriating the properties of sovereign First Nations Peoples. From my knowledge of what they did I can, without fear of contradiction from men and women of good conscience, use uncivilized savagery to describe it.

The following are some of the methods they used to cleanse the land of its rightful owners: Bounties for human scalps, including women and children, out and out massacres, starvation and germ warfare. These cruel British methods of destruction were so effective that the British came close to realizing their cleansing goal. All North American civilizations under their occupation were badly damaged, many eliminated, and close to 95% of the people exterminated.

In fact, after reviewing the horrific barbarities that the European invaders subjected First Nations citizens too, one finds it almost impossible to comprehend how any managed to survive. That some North American First Nations Peoples did survive the best efforts of their tormentors to exterminate them – from 1497 to 1850s out and out genocide and starvation, and from the mid-1800s to the mid-1900s a malnutrition existence under the rule of Canada and the United States, is a testament to the tenacious courage and faith in the Great Spirit of our ancestors.

Today, although starvation and malnutrition have been mostly eliminated, the systemic racism instilled in the majority of Caucasians by colonial demonizing propaganda, which depicts our ancestors as the ultimate sub-human savages, is still widespread. This is witnessed by the level of discrimination still suffered, which is a very heavy burden for our Peoples to try to overcome.

Interestingly, although both claim to be compassionate countries with justice for all as a core value, Canada and the United States are not making any viable effort to substitute demonizing colonial propaganda with the truth. This is why I wrote We Were Not the Savages, my small effort to air as much of the truth as possible.