The York Regional Police hosted the media launch and the youth recognition event on January 12, 2015 at their Headquarters in Aurora, Ontario. In conjunction to the recognition event was the launch of the annual Public Heroes awards nomination process. The event was organized by Intercultural Dialogue Institute (IDI) GTA, and held with representations from police, fire and paramedic services across the GTA including the RCMP.

Recognized by Toronto Police was Lovejeet Bhatti as a successful alumnus of Toronto Police Youth in Policing Initiative. A resident of Newmarket, Cody Kaslove received the recognition upon recommendation from York Regional Police for his accomplishments as co-op placement student at the York Regional Police Community Safety Village. Chris Thind, nominated by Toronto Paramedics, was recognized for his outstanding achievements as a member of 1st Downsview Medical Venturer Company.

Also Included in yesterday’s ceremony was a special award of bravery that was presented to six year-old b, Arjunpal Khattra, from Markham who on November 9, 2014, demonstrated bravery in getting help for his father who had fallen and was trapped in a 25 foot deep well.

Public Heroes Awards are given to GTA area Police, Fire and Paramedic services staff based on three criteria: “Altruism”, “Dedication” and “Community Involvement”. Members of these services and the public are encouraged to nominate their friends, peers and relatives for these prestigious awards through the web site www.PublicHeroes.org. The awards ceremony will be held on April 9th, 2015 at Oak Ridges Community Centre in Richmond Hill. A special lifetime achievement award will also be presented to Toronto Police Chief Bill Blair for his exceptional career in policing. 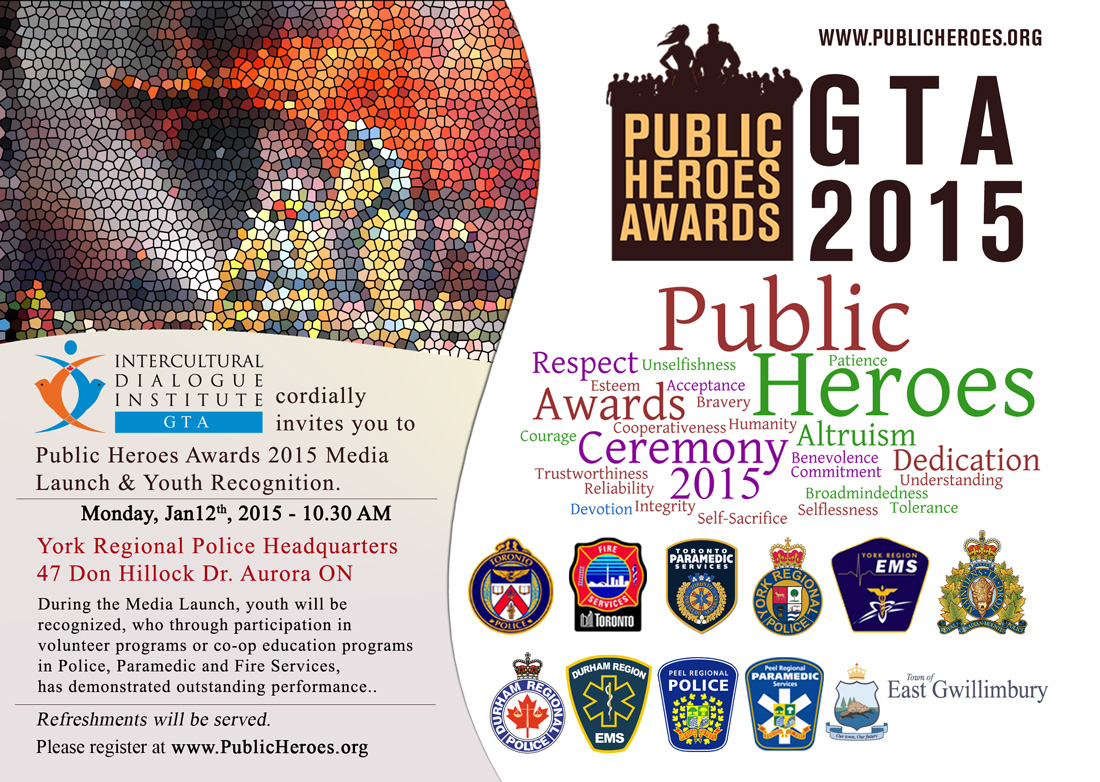