In Response to Military Intervention in Turkey 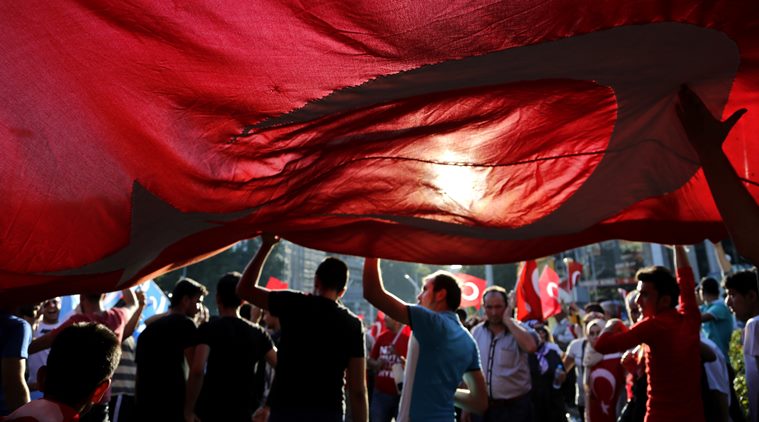 On July 15, Friday, Turkey witnessed a coup attempt by sections of the military, which has left dozens dead and injured. The attempt has been successfully put down and the government is back in control of the country.

At theIntercultural Dialogue Institute, we condemn, in the strongest terms, the attempted military coup in Turkey and reiterate that there is no place for military interventions in democracy. We believe in democratic process and we support the preservation of Turkish democracy, and condemn any attempt to subvert Turkey’s democratic institutions by force of arms.

Turkey has long suffered from the anti-democratic reflex of the military. The achievement of free and fair elections where governments are accountable to the public and power changes hands through the ballot box has been Turkey’s most valuable achievement, which should be protected and cherished at all time.

While admitting the scarcity of information at the early hours of the night, President Erdogan and figures close to him were quick to lay blame on the Hizmet movement. This is a predictable pattern, as Erdogan blames almost all oppositional development in Turkey on Hizmet as a pretext to purge state and civil society. Gulen issued a statement early in the night condemning this coup in the strongest terms, adding “[a]s someone who suffered under multiple military coups during the past five decades, it is especially insulting to be accused of having any link to such an attempt. I categorically deny such accusations.” Leading Hizmet NGOs in Turkey and abroad also issued condemnatory statements last night. Hizmet participants have consistently demonstrated categorical condemnation of such anti-democratic practices and showed strong commitment to the rule of law and functioning democracy. Both Fethullah Gülen’s teachings and the Hizmet participants’ works around the world on dialogue, democratic engagement, active citizenship and social cohesion is the embodiment of this commitment.

We hope those accused with trying to overthrow the government will be tried in courts of law and this incident becomes a source of motivation for strengthening Turkey’s democracy. We are particularly concerned that Turkey’s domestic troubles are used as a source of polarisation of the Turkish-speaking communities overseas.

We sincerely hope that the issue gets resolved quickly and in the best interest of Turkey and its citizens at home and abroad.

“I condemn, in the strongest terms, the attempted military coup in Turkey. Government should be won through a process of free and fair elections, not force. I pray to God for Turkey, for Turkish citizens, and for all those currently in Turkey that this situation is resolved peacefully and quickly.

As someone who suffered under multiple military coups during the past five decades, it is especially insulting to be accused of having any link to such an attempt. I categorically deny such accusations.”

Fethullah Gulen’s OPED on NYT: I Condemn All Threats to Turkey’s Democracy

Fethullah Gulen’s OPED on Le Monde: Fethullah Gülen: ‘I call for an international investigation into the failed putsch in Turkey’

CNN:CNN on GulenFull interview with Gulen on the Coup D’etat

Parts of the interview done with Fethullah Gulen:

International Media on the Coup Attempt